The day has finally come where I finished my stamp/seal project. Almost a year ago I decided to learn 3D modelling and start making it. Now it is complete. 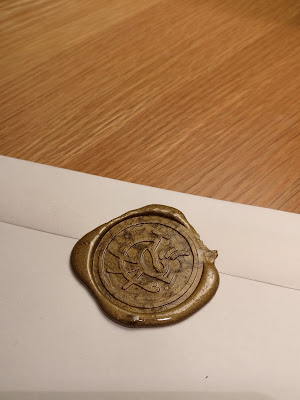 (although I will add a handle later)
I had put this project on wait until we got a laser cutter, but in the end the CNC mill is probably the better choice.
In order to fit my logo design into such a small scale, I decided through some trial and error to make a second version of the logo. It is a symbol form of the original. I made 4 attempts to recreate it using different methods. In the end I settled on making the design with open paths (illustrator) because this assured me that no area would ever be thinner than how wide the drillbit might be. 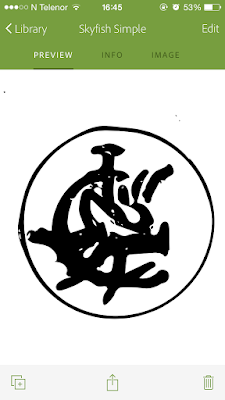 First I drew the shape as a sketch, real size 2 cm wide. Above is an automated vector shape created with Adobe Capture. It makes messy paths. I tried tracing it, but was unhappy with the shapes I created. There is some appeal to the blotchy looking result above, but not for this purpose, where I wanted a clean look.

Above is the final version using set width open toolpaths. It wasn't what I had thought of first, but I quickly became fond of the symbol. 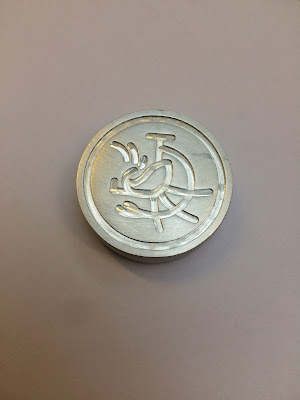 With the help of Nordvik we milled the seal in aluminium. I believe that the part being in metal helps disperse the heat from the wax fast, making it much more functional than other materials. 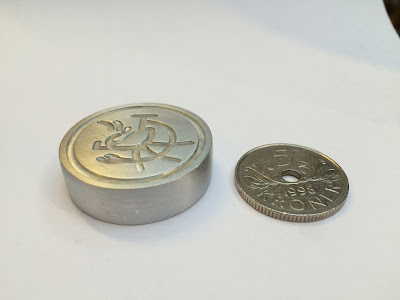 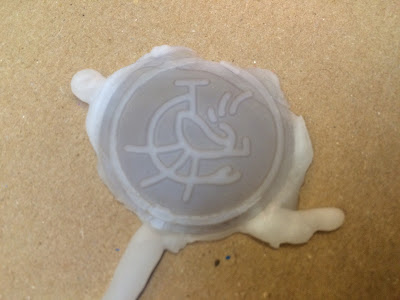 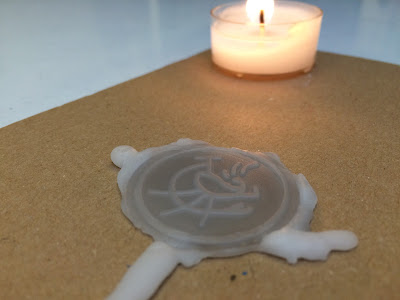 Here is a bonus picture of Yoshi at work taking pictures of the milling machine working. We milled at Bitraf. 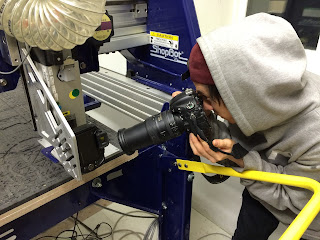 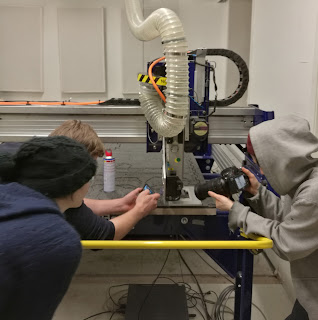