For my personal logo I already knew approximately what I wanted, the symbolism behind it has formed over years of background noise that I won't go into here. The earliest iteration is from primary school, a C and an L interlocked (my initials). I kept that C and L in my design and introduced the Skyfish that I am now known for. Initially I was using the pure sketch for a logo, I wanted to embrace the rough. Peer pressure convinced me to vectorize it however, this was before I felt comfortable with the modern-sleek-flat-gloss seemingly curated by apple. The logo reads much better now, I have to admit, as it is very detailed for a logo, but I'm happy with this for now. I intended it to be primarily a watermark, so some complexity is desirable for me.

I was approached by the client to create a logo for general use, and given colour scheme, previous marketing material and a mascot to work from.

Below is some of the process behind this Logo, hundreds of thumbnails. The design was settled primarily by the clients decisions and a tight dialogue. 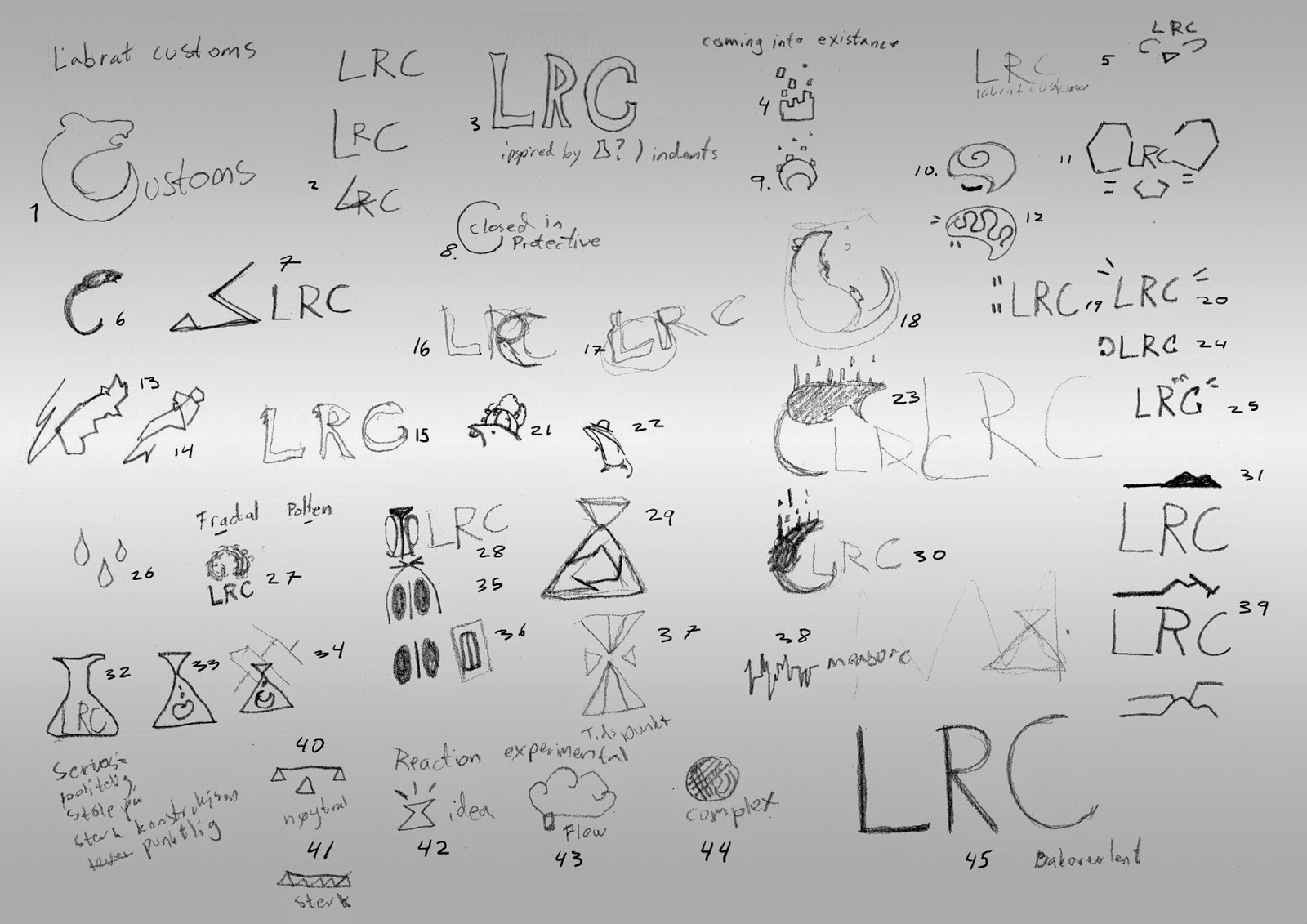 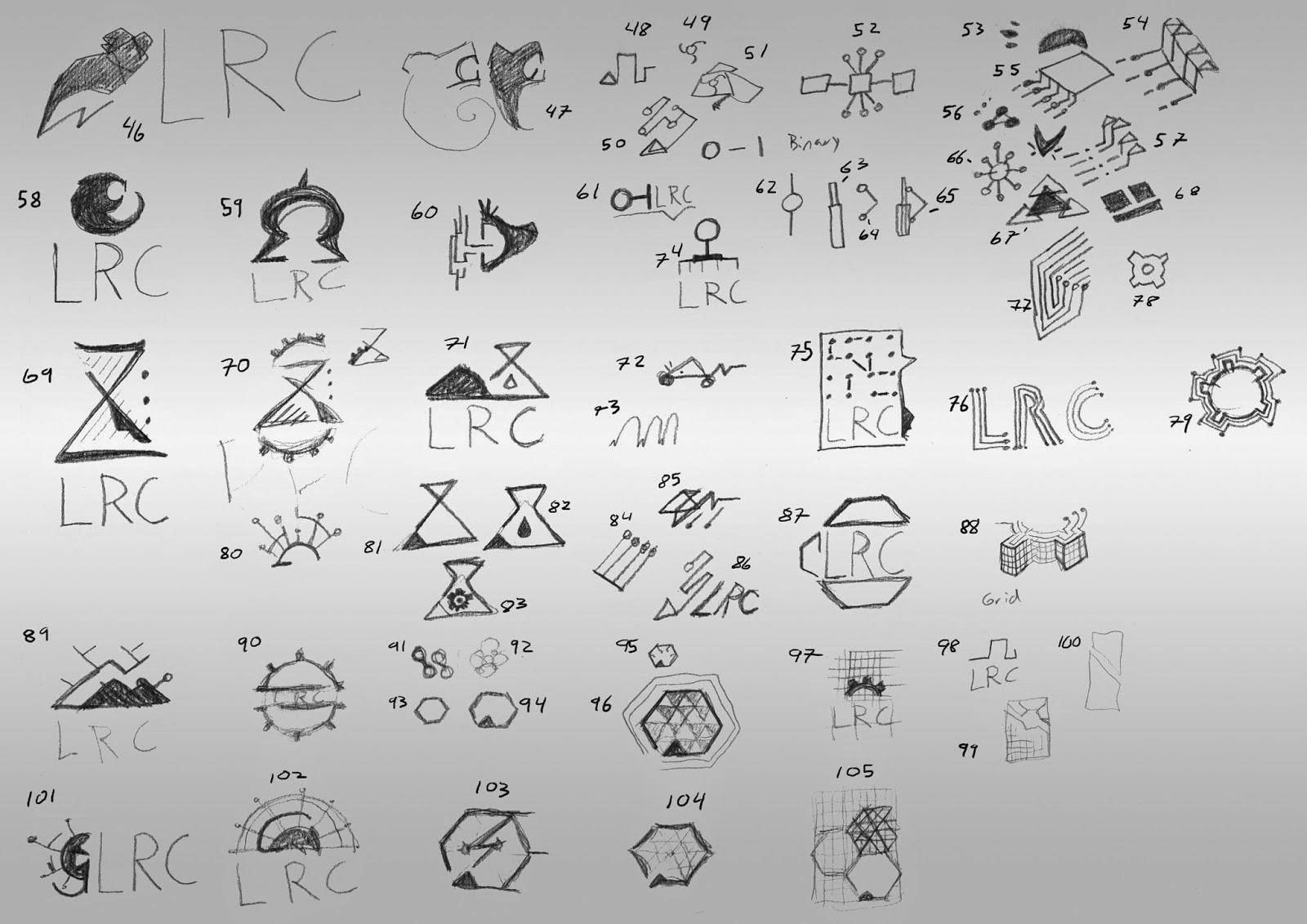 I primarily worked to come up with a design that echoed the former mascot and the name by incorporating the image of a rat in the logo, abstracting as I went along. Meanwhile I also tried to incorporate shapes that would communicate the complex technical field that LRC conducts its business in. The client selected thumbnail nr 11 for further development and eventually became the end result. 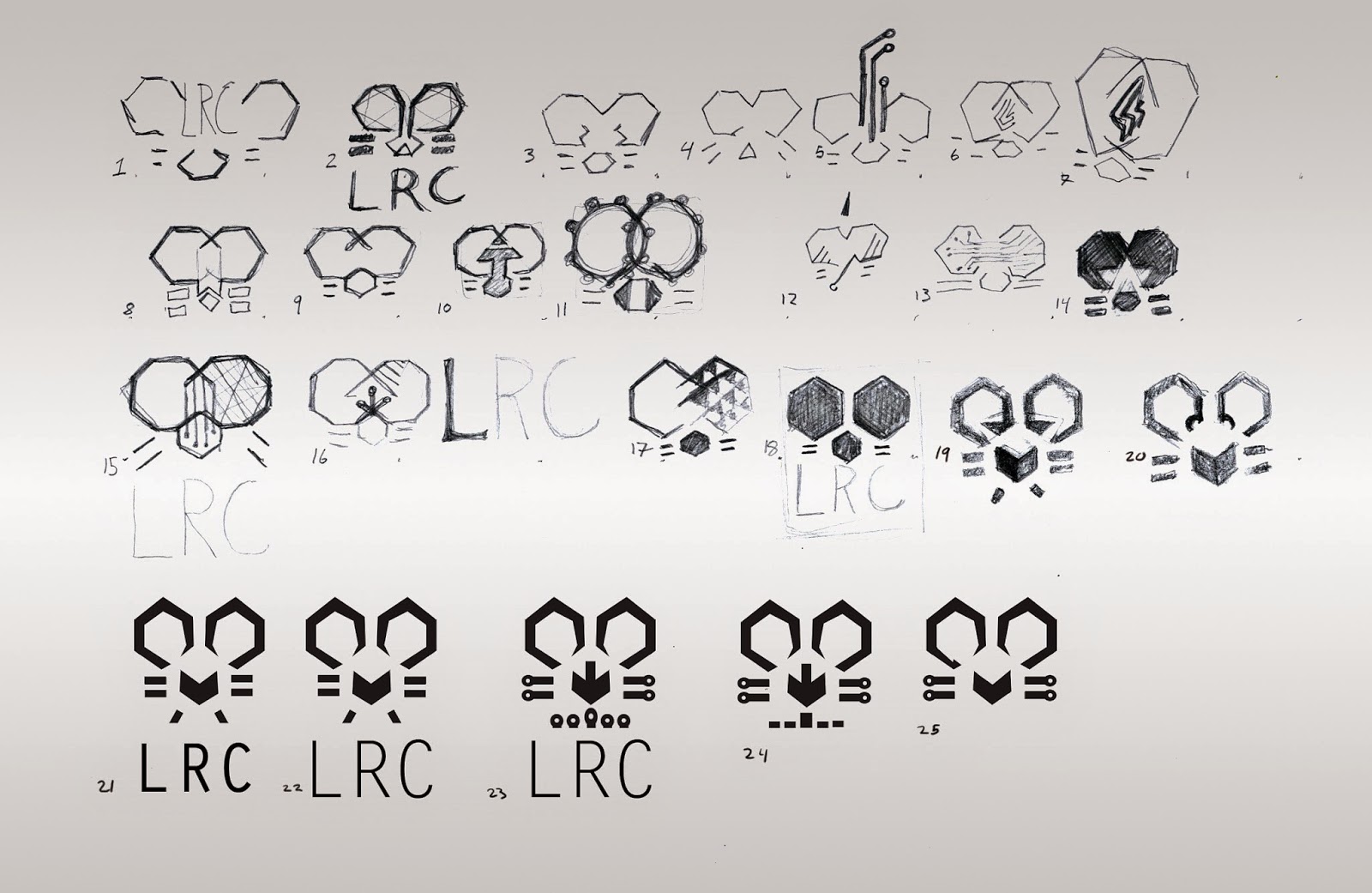